Who Will Be My Mother

Wow. I 've got to say that I LOVE Sister Beck! If you haven't seen her talk from the General RS Broadcast go do it with a box of kleenex (unless you're Sonja- she never cries.)

She spoke of many things but the one that got me was when her parents were called on a mission. She was a young mother and it was before email. She asked, "Who will be my mother?" And her mother answered, "The Relief Society."

As I was retelling the story to my husband, he said, "That's a crock." (He said that because I've had some hurtful experiences in RS years ago.) But I shook my head and had to disagree. Although there may be some individuals who don't get it, the concept of Relief Society is that we are bound together by a force greater than our own personal preferences like motherhood. We serve with an eye of what is best for our fellow sisters, not simply what they would want or is popular like motherhood. We love each other unconditionally and continue to reach out even when pushed away like motherhood.

I'm still getting used to my new ward. I know like 10% of the sisters in R.S. What's funny is I know most of the YW leadership and the Primary. But that just means I've got my work cut out for me. I'm determined to do better and really be a part of their lives.

Now that my mother is no longer on this side of the veil (I'm still too young to be an orphan), perhaps this has more meaning. Or perhaps I just finally understand it more.
Posted by Christine Thackeray at 7:07 AM No comments:

Where Do Stories Come From

This week I read a book by Thomas Tryon called "The Wings of Morning." It looked like an intellegent historical romance set at the turn of the century but it was actually a bizzare tale about the horrible destroying effects of true love and how most people that survive this life are lucky because they never experience it, settling for something far less.

Later I looked at a biography of the author's life. He was an disenchanted Hollywood actor who specialized in horror and mystery. He never married and preferred men. Suddenly I totally understood the truth he was attempting to portray because he really believed it, but I didn't. For me love was not what I expected but something a million times more deep, complex and satisfying than simple attraction, which this writer mistook for "true love." So I sat down and outlined a modern story to rebutt his well written but totally inaccurate novel. I can't wait until I finish my next two projects because I actually think its going to be pretty good.

After I sat in front of my six page outline, I thought that it was interesting that this book would inspire me to organize a story. Which got me wondering where writers come up with the basis for their books. Looking around I found an article from Dan Brown (not THE Dan Brown.) He is a columnist for the Free London Press and he said that writer's need to be sponges. If you are running out of ideas you have to read, watch TV or live a little. He also said that in a pinch you can find what other writers are writing and take an opposite view.

So I suppose the foundation of my story is not that original then. But he also said that is only the seed or kernel that gets you started and then you find yourself evolving from there. Hah, so it is original.

Stephen King has apparently written a book "On Writing" that tells his experience, which again often came from events in his life, albeit shifted, expanded or totally twisted. When I was a teenager his books creeped me out but they were compelling.

Jodi Picoult, one of my favorite writers, says that her stories usually begin with a what if scenario. What if a boy left standing after a botched suicide pact was accused of murder? What if a little girl developed an imaginary friend who turned out to be God? What if an attorney didn't think that the legal system was quite good enough for her own child? Then she begins researching and it morphs from there.

Stephanie Meyers said the origins of "Twilight" began as a dream. It is also interesting that JK Rowlings said that Hermione was actually alot like herself as a child- a know-it-all who was afraid of failure. Well, if she had a crystal ball she never would have had to worry about that.

I imagine on some level all writers insert a part of themselves into their books that's what makes them compelled to write them. But what makes them worth reading is a whole different matter. Okay, so I'm easily hooked into a story if you have left me hanging with a character that I like and I want to know what's going to become of them but 95% of the books I read end with me feeling empty or disappointed. For me the test of a really good book is when the truth at the center of the story is honest and enlightening. Those are the books that stay with me and make me want to read them again. And, I guess, that is what I'm trying to create.
Posted by Christine Thackeray at 6:07 AM 1 comment:

Labor Day Weekend and Gooping Out. 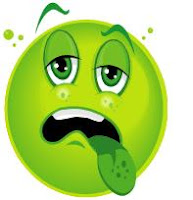 Get ready to be grossed out.

It was an incredible time of beautiful mountain landscapes and lazy afternoons. Meals were simple and everyone was polite and helpful, trying to make a good impression for Grandma and Grandpa. The last meal on Sunday we had rerun hamburgers and hopped in the car.

I'd been fighting off a cold and was apparently losing the battle when my stomach began doing flip flops. Whether it was food poisoning, part of the virus or car sickness, it was not good. Add to that, the faucet in my nose suddenly seemed to be turned full bore and then my monthly visitor hit at the same time.

We got home hours before my husband had to leave on the airplane and I could barely lift my head off the pillow AND the next day was the first day of school. All my dreams of having the house perfectly clean with a great breakfast were thrown away with my hundreds of used tissues. Not good.

The good news is that everyone did get to school on time and I can tell I'm recovering. I don't sound like a 80 year old man who sings bass anymore, more like a 60 year old baritone. Here's for improvement.
Posted by Christine Thackeray at 8:11 PM No comments:

He's Got Her Goat 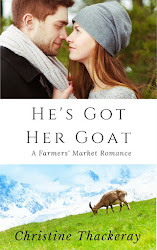 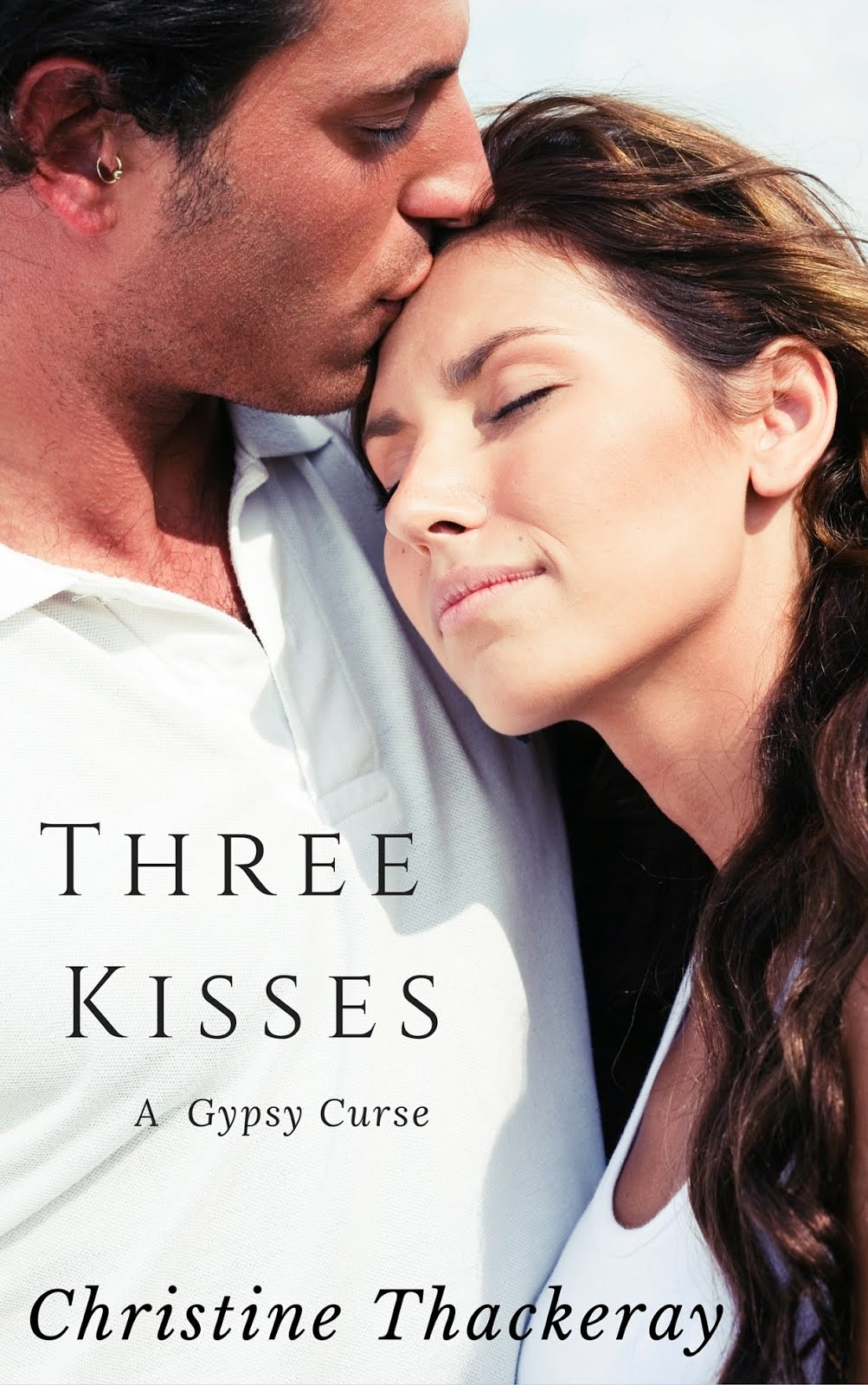 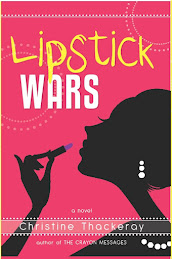 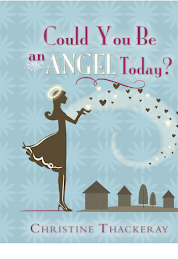 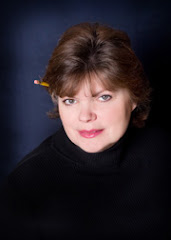 I practically live with a pencil behind my ear. It gets really bad when I forget and have two- looks like horns.

Other Blogs I Think are Awesome!

Book Trailer for "Could You Be An Angel"